The Benefits Of Being a Polyglot

What is a Polyglot?

“A polyglot is defined as someone with a high degree of proficiency in 5 or more languages.”

Others have the luxury of growing up being effectively bilingual. This group of people (43%) is most noticeable in communities like the Hispanic in the US (English + Spanish), French speaking countries in Africa (French + Mother Tongue) as well as immigrants who grew up in another country.
Exhibiting similar traits are Trilinguals and they have the added benefit of being able to speak a third language. 13% of the world belong in this category and many of them are found in countries like Hong Kong (English, Chinese, Cantonese), Norway (Norwegian, Swedish, English) and the Philippines (Tagalog, Spanish, English).

4% of the world fall into the category of Multilinguals (4 languages) and less than 1% are known polyglots. These people reside mostly in countries like Switzerland (German, Italian, French, Romansh, English) and Morocco (Arabic, French, Spanish, Moroccan, English).
Foreign influences and cultural diversity are main reasons why people from these countries are able to pick up so many languages so easily. The Moroccan language is filled with foreign words with origins from Arabic, French and Spanish and this gives them a natural platform to transition to pick up these languages easily. 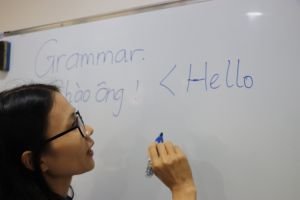 So what are the advantages to knowing more languages?

Headstart Language is your one stop centre to pick up languages at affordable prices. Check out our courses at www.headstartlanguage.com.sg

About the Author: Zane Ong

Zane graduated from Curtin University with a Bachelor’s Degree in Mass Communications and recently returned to Singapore after setting up a mobile application business based in Yangon, Myanmar.